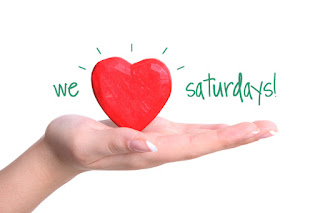 Here I sit on an early Saturday Morning, I'm up and watching absolutely nothing on the TV (I was streaming a movie earlier) and collecting my thoughts for the day and half heartedly attempting to wake up.

No plans this weekend, if the weather permits we are going to try to tackle the grass and get it cut, the recent heat wave has helped in controlling the cow chow for a couple of weeks, but I would like to tackle it before it gets too tall. Weather permitting like I said as it looks like it is going to rain this afternoon.

I got a chance yesterday to speak to both of my Brothers (although not at the same time). Jonathan returned my call from earlier in the week and we had a nice conversation and I also called Gary last night who was still working. He seems in really good spirits and upbeat. I know he's always really busy so it's rare I get a chance to talk to him.

Have yourselves a great day, it's going to be a day off from both jobs for both Michelle and Me.
Posted by George Hall at 3:17 AM