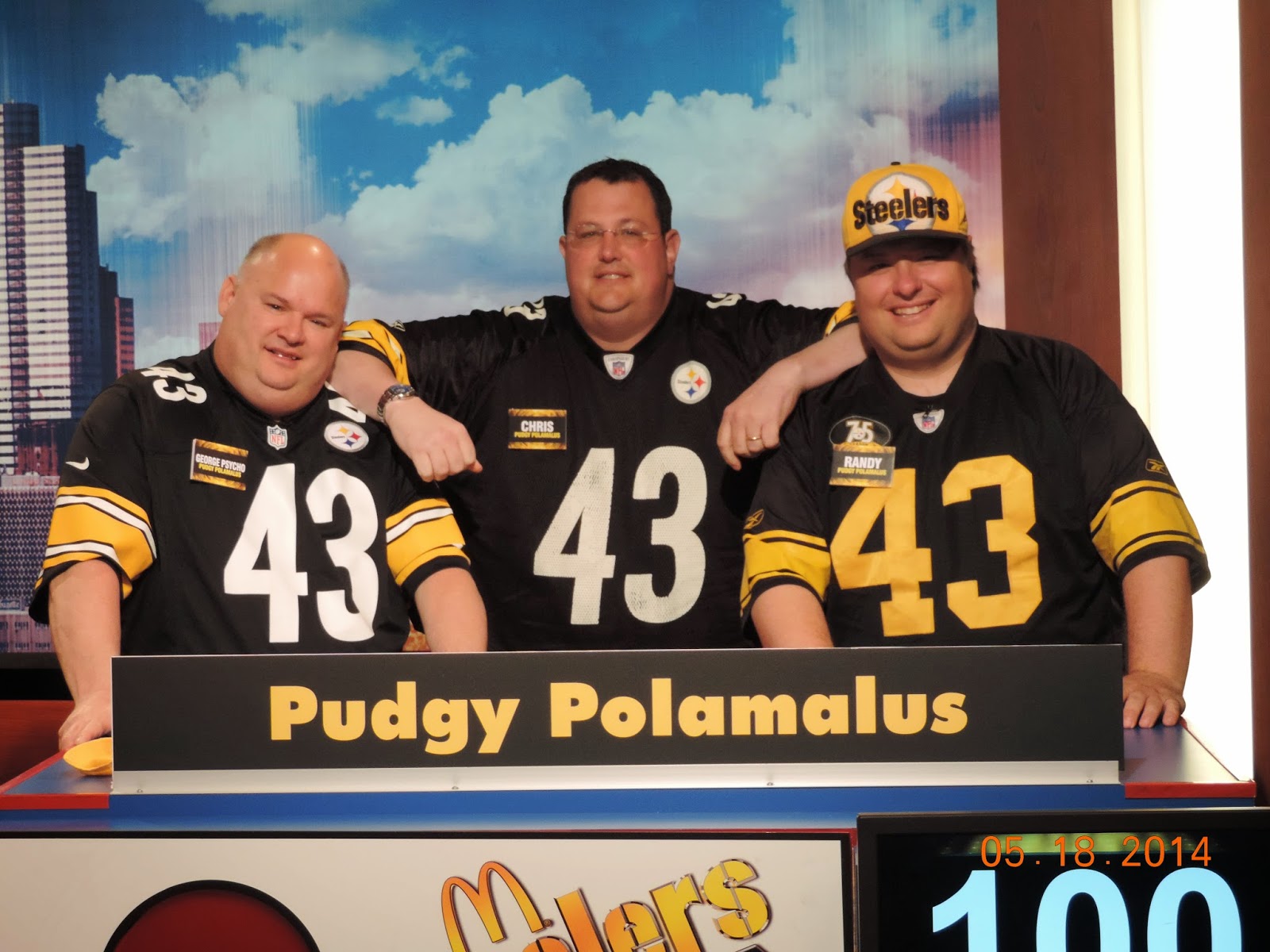 Here I sit once again in the early AM, I'm the first one to recover from a losing battle with that dreaded Sandman last night and I'm up checking out some scores from yesterday and collecting my thoughts for the for the day. The TV isn't even on yet.

Well we didn't win last night on Steelers Trivia, but our score was high enough to advance us into the Championships next weekend. This is the third time we have been in the tournament and this will be the third time that we have advanced to the Championship round. In 8 shows show far we have won six of them, came in third in last years Championship earning us a trip to Steelers Training Camp and came in second last night. We were the highest scoring team in round 1 of the tournament and then had the highest scoring for a runner up last night giving us the wildcard nod. Will we be the first group of guys to ever win the Tournament a second time? Tune in next week and find out how we do.

I did not go to East Liverpool with Michelle yesterday and opted to stay home and watch the WVU game. My Brother in Law Nick called me and invited me down so I went to their place to watch the game and cheer on the Mountaineers. We did lose 33-23, that is to a very good Alabama team and I think we are vastly improved from last season. I think we are going to have a much better team than people, including myself, anticipated.

Normal schedule for us today, grocery shopping and laundry, typical Sunday for this week. Next week will be a whole different story as we will be embarking onto our boat for our cruise. However that is next week and this is this week.

Michelle took a number of pictures yesterday and we have posted them on Facebook.

Have a great day.
Posted by George Hall at 3:58 AM