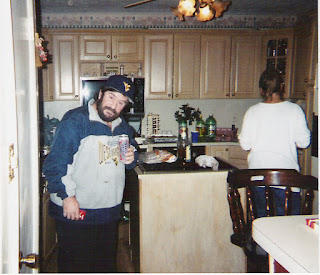 I received some very sad news this afternoon, one of my Dad's best friends has passed away.

Andy Tennant, Ish-Man for those of us who know him online as well as in person, decided that he and my Dad needed to drink a few beers today so he has joined him on the other side.

Andy was an avid Mountaineer fan, I always used to see him at games and tailgates and I will never forget watching the 1998 Insight.com Bowl when we lost to Missouri. My dad was hilarious and to a point that I can't use the language he was using then here...lol

One thing Andy told me that I will never forget. It was at a tailgate when I was in college and working at Recourse. He told me "If I knew I would have lasted this long I would have taken better care of myself." Of course that was 15 years ago and no disrespect to him or anyone who may be reading this, it's just something I have repeated a number of times and always attributed that statement to Andy.

RIP Andy, have a few beers with my Dad.
Posted by George Hall at 5:23 PM