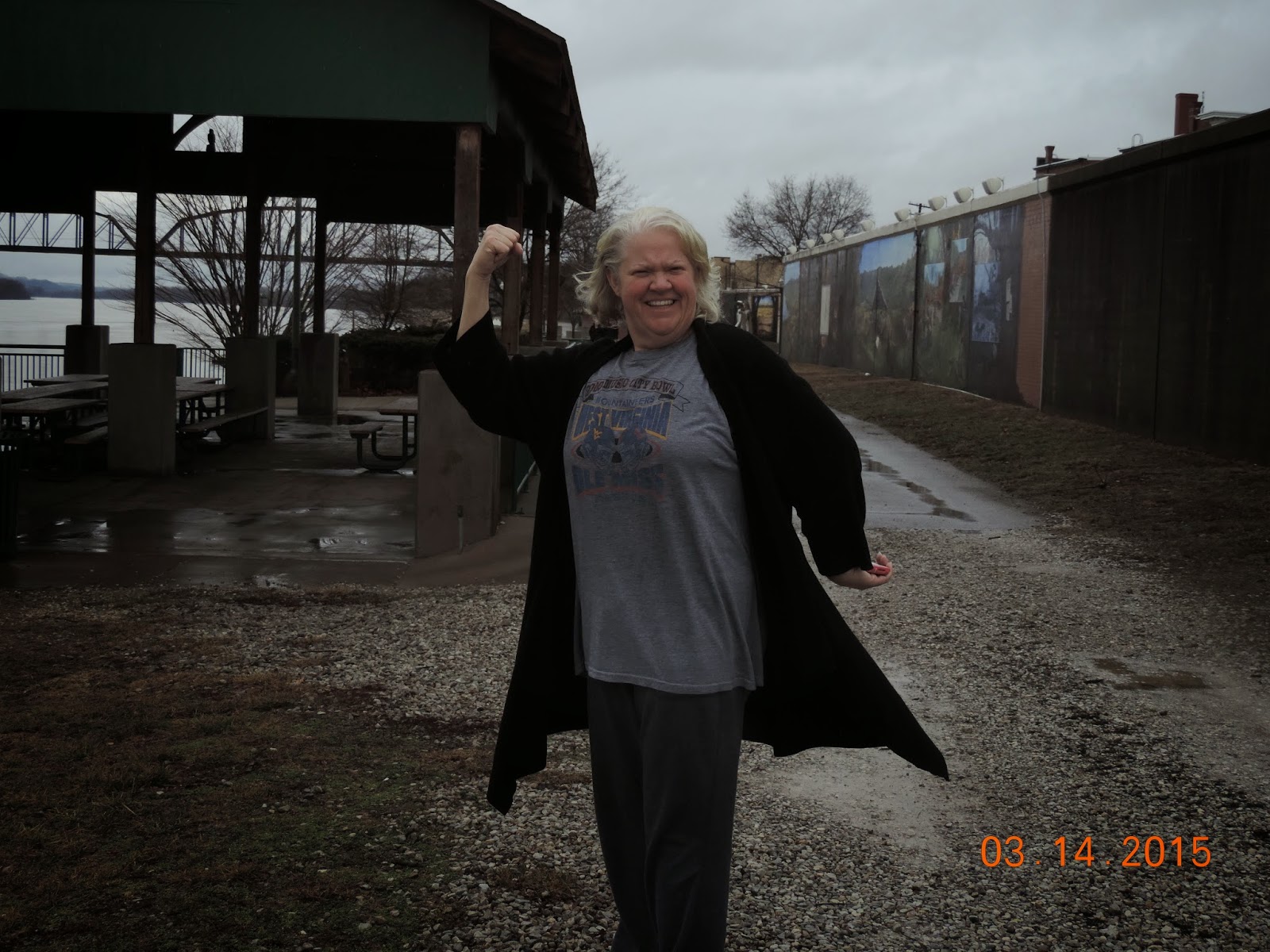 Yes here I sit once again in a quiet household, I'm the first one to recover from that losing battle with the Sandman but that's nothing new. I'm up early watching Neighbors on HBO and collecting my thoughts for the day.

Today is a very special day, it is the seventh anniversary of my first date with a woman who would later become my wife. Yes it was seven years ago today that I took Michelle out for pizza and a horrible movie, we've come a long way since that first night.

Yesterday we kind of had a change of plans due to the weather. We headed South to Letart Falls Ohio and a chance for Michelle to visit her Grandfathers Grave. She has not been there since she was a kid, so I said let's pack up and head out for the day. We did manage to get a quite a few photos of the site that was pretty easy to find.

Another thing Michelle had wanted to do was head to Point Pleasant West Virginia to see the Mothman statue. It was a nice little town and we stopped and had lunch before heading back to Morgantown.

We did stop off in Fairmont and have dinner at Muriales  for dinner, I figured it was about dinner time and we were passing through the area, so as soon as I mentioned it to Michelle (who was driving at that time) she quickly liked the idea and we were on our way.

The day was a long one, one where we did put 357 miles on Pearl as we ran out an entire tank of gas. It was well worth it as we were both feeling a little bit of that winter cabin fever. We did get our first Geocache of the year in Point Pleasant.

Have a great day.