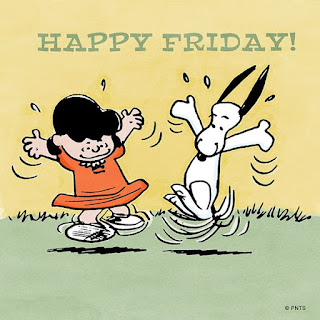 Yes it is once again that time of the week that we all look foreword to, when we can take time to cease the labors for the week and take a little bit of needed time out to enjoy the fruits of those labors. It is once again the dawn of another weekend.

Friday has to be my favorite day of the work week, it's the day that we are most cheerful and the most Happy. There's just something to knowing that you don't have to wake up as early tomorrow as you do during the work week.

I got a chance to talk to my Brother Gary yesterday. He's doing great and said he has enough work to last him until the end of the year, but the market out there is growing and I really think he is in the right mindset to conquer it with his skills and the drive that he is showing right now. He's wanting to get together with everyone in the very near future, maybe grab a pizza some place and sit down and BS. He does sound good and sounds very positive with a positive outlook.

Mountainfest has announced their acts for the 2017 season. Hank Williams Jr and George Thorogood will be the featured acts. Hank's been to Morgantown many times previously and I have seen George Thorogood at the Feaster Center in Fairmont, loudest concert I have ever been to and I think my ears are still ringing from that concert 30 years ago...lol. Something tells me I'll be going this year, probably the fact that I already bought our tickets!

I'm not sure if I have ever expressed how I feel about a certain weather phenomenon previously on my blog, but just in case no one knows my viewpoint on the subject, I hate Snow.

Have yourselves a great day and melt this snow away.

Email ThisBlogThis!Share to TwitterShare to FacebookShare to Pinterest
Labels: BOHF, I Hate Snow