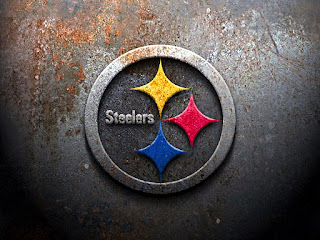 Here I sit yet once again in a quiet household, Fin is once again reminding me that she either wants to be fed or just making sure that I am up.

The WVU Women's Basketball team hosted and beat the Kansas Jayhawks 72-35 at the WVU Coliseum. The Mountaineer Women improve to 15-4 on the season. The win was Coach Mike Carey's 600th of his career. Congratulations Coach.

Are you wanting a little bit of Football? Well the Pittsburgh Steelers without Antonio Brown, Le'Veon Bell, DeAngelo Williams and with a QB with a separated shoulder travel to Denver for the AFC Divisional Playoff game. Pittsburgh is very banged up and missing a lot of key playmakers including Mr Excitement Antonio Brown. The Steelers enter the game as 8 point underdogs because of all the injuries. The Steelers did erase a 17 point deficit a few weeks ago to win 34-27, so there is hope.

Have yourselves a great day.
Posted by George Hall at 3:24 AM