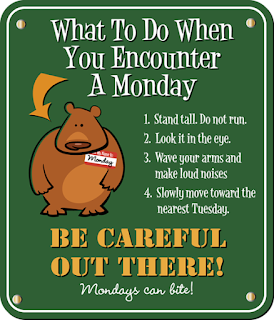 All good things must come to an end, and that includes those fun filled things everyone else calls the weekend. For me it is going from the field work job back to the office for another fun filled week of work.

I'll be putting in a full day in the office and then I will be heading out into the field this afternoon to make both today and tomorrow as I repeat the process a couple of pretty long days for me, but relief is in sight on Wednesday as I'll only be in the office and not out in the field, so that is something to look forward to.

Over this past weekend Chad managed to get moved into his new Apartment. He moved from over in Westover to his current apartment over by the stadium, where he is just a 5 minute walk into his place of work. Hayley and her friend Logan were a big help to Chad as he tried to make that move during homecoming weekend to where everyone was tailgating. They managed to get the vast majority of it all done on Friday evening avoiding trying to maneuver the u-haul back into where they had to put it.

Mine and Michelle's phones that we ordered should be here later this week, they have shipped and are in transit to here from Texas. I think we're both a little excited to get the new phones, I got a great deal from AT&T on the trade in of our old phones. $650 for the old ones I thought was well above what I was going to be able to get from the market by selling them, probably about half of that even though ours were in pristine condition from being in the otter boxes the last couple of years.