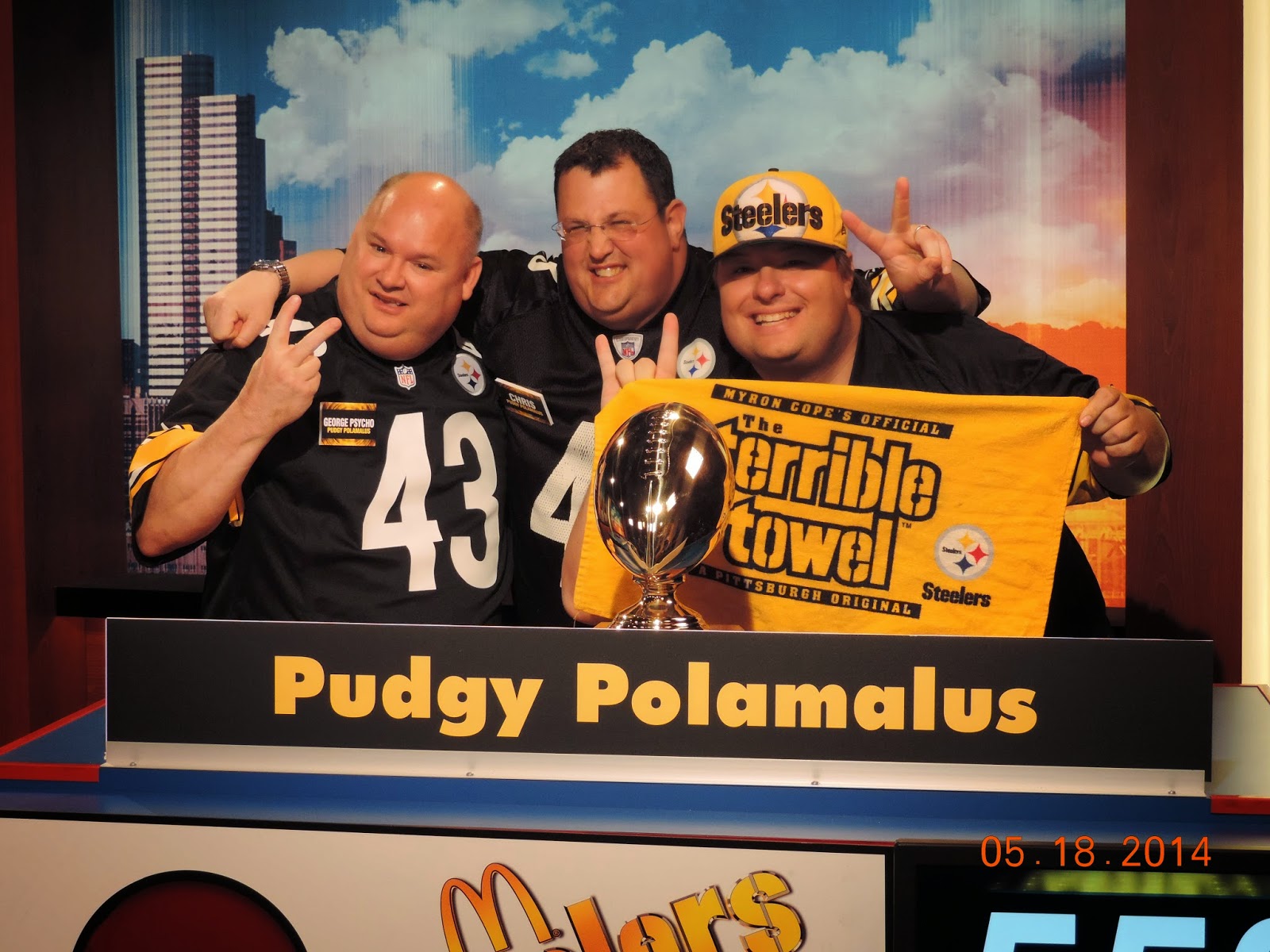 Well what do you know, we won this tournament in 2008. Finished third last year when none of us studied and had other distractions, preventing us from studying. This year we decided we were going to be the very first two time Champions of the KDKA McDonalds Pittsburgh Steelers Trivia Challenge and we did just that.

After struggling through the Semi-Final round, but scoring the most points in the semi-final round as a runner up, we advanced to the Championship as a wild card to win it all....AGAIN!

I would like to thank my two team mates. Chris Ostien who is our team Captain and the one who organized all of this and lead the team to two titles and Randy "Walking Sports Encyclopedia" Page. I was the third member of the team, who had all the All-Stars on my team.

I think I'm going to celebrate today in Baltimore laughing at and making fun of all the Ravens fans as I am right across the street from Camden Yards (Orioles) and right down the road from MT Stadium (Ravens). I think I am going to celebrate this victory with a trip to the Caribbean which I am planning on just about.....NOW. =)
Posted by George Hall at 2:00 AM