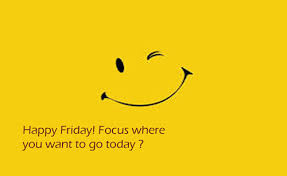 Yes it is once again that time of the week that we all look foreword to, when we can take time to cease the labors for the week and take a little bit of needed time out to enjoy the fruits of those labors. It is once again the dawn of another weekend and a Big Ole Hairy Friday.

No big plans this weekend, Michelle is running back home tomorrow for Hannah's Graduation Party. I'll be hanging around the house, trying to act like a lazy bum. I am trying to master this art as of late, and I'm getting pretty good at it.

I have to say something to get it off my chest. Call it advice. This past week Rosanne Barr posted a tweet to twitter that basically cost her $3 Million as 11 hours later they cancelled her Contract and show for the next season. All because from some device she posted some pretty ignorant stuff.

In case you haven't noticed through the years, my blog is just plain vanilla and not many frills associated with it. The text can be repetitive and downright boring at times, but that is done by design. Something I try to never do on my blog, on Facebook, on Twitter or on any message boards is post ignorant stuff that can and possibly will come back to haunt you some day. I've watched family members fight on a blogger war, I've seen twitter battles that have ruined careers and I've seen enough Facebook drama to basically ruin lives.

I have one question and that is simply why? Why would you alienate family, friends, potential employers and co-workers, clients or someone who may be very meaningful to you someday. Why would you put something out on the Internet that 50% of the Population is going to have a difference of opinion than you. Two subjects to stay away from is Politics and Religion. I debate both of these subjects, but my identity is open and public, so there is a level of accountability that goes along with everything I say. Facebook and Twitter are not the place to be expressing your opinions in such a stern manner. You never know who is or could be reading, you don't know how some little slip of the fingers at a moment in time could hurt someone and how it could damage the world around you.

This is not directed at anyone specifically, it was just something I noticed this week with Rosanne Barr and what has happened to her. Now there are a bunch of co-stars and production crew who worked on her show who are unemployed because of a moment of ignorance. She's wealthy and she's not going to miss any meals, but what about the hundreds who depended on that show for a paycheck. Just think about it.

Have yourselves a great weekend.