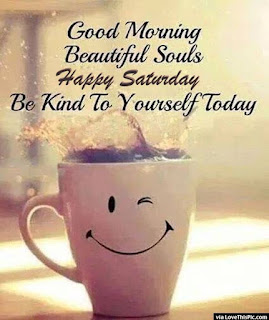 Here I sit in a quiet household, the only thing I hear is a fan radiating behind me and my cat Peanut's name tags jiggling together as she plays with my feet. The TV was last set to stream something that is now over and I just haven't started something new or set it back to cable. I'm up collecting my thoughts and surfing the interwebs.

We had a little bit of a scare last night, Chad passed out from dehydration in the hallway and Michelle ran him to the Emergency Room last night. They pumped him with some fluids and ran a few tests and sent him back home a few hours ago.

There was a bit of bad news yesterday locally, Mylan Pharmaceuticals is laying off another 500 employees or 15% of their entire workforce. I'm not going to speculate as to what is the causation, I'm hearing a few different things but it's all third hand and I can't validate any of it. They laid off around 300 workers just a few months ago.

I'm not out working for RTI this weekend, our team has too many pending interviews and they do not want to do any new screening until they get some of the pendings cleaned up. I have a total of 0 pending interviews which means I've got the weekend off and wont be out in the field.

I did get the ultimate compliment at work and it's a pretty big one. Let me say a couple of projects I was the geospatial analyst on have won a couple of pretty prestigious awards in the past. Both the 2010 Atlas and the 2012 Atlas won awards plus I was the was the geospatial lead on an International Effort that involved many countries. I left that contract last year due to a loss of funding. Cue this week, our Federal Site Manager was meeting with a few significant people from Headquarters and was talking about GIS (What I do) to them. I've heard from multiple sources that I was referred to an "Internationally Acclaimed GIS Guru" (hence why I spoke about the Atlas work). They all wanted to meet me, this week and see a demonstration, but they got behind schedule a little and had to head back to DC. Yesterday I heard through the Grapevine that I may travel to Headquarters in the near future to give a demonstration. It's nice to have some pretty high up people refer to you in such a manner, even though I heard it from other sources.

Have yourselves a great day. I'm going to enjoy a day off.
Posted by George Hall at 4:38 AM