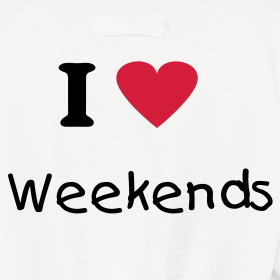 Yes it is once again that time of the week that we all look foreword to, when we can take time to cease the labors for the week and take a little bit of needed time out to enjoy the fruits of those labors. It is once again the dawn of another weekend, and a Big Ole Hairy Friday and an even further extended weekend for me.

Yes I am off once again today and I will also be off Monday due to Martin Luther King Jr's Birthday which is a Federal Holiday, meaning I will be enjoying a nice four days off. Woo Hoo

I did get a little bit of bad news yesterday Morning, Terry Lake a guy who I played softball with for a number of years and always had a great time with him at the Rosiak Family 4th of July Picnic's passed away this week. Terry was a great guy and we remained friends well past the days when we would first compete against each other and were later team mates on some of those great Recourse teams that we had. Terry was part of the reason that I went on my lifestyle change, Terry was also Diabetic and had lost the lower half of his right leg a couple years ago and to me that was an absolute eye opener. I'll miss my Summer Water Battles with Terry in the summer and the reminiscing of our years of playing softball that we would always spend an hour or so talking about every 4th of July. He will be missed and not forgotten. Rest In Peace Terry.