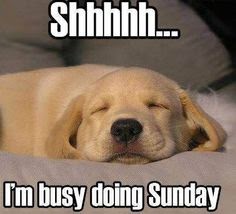 Here I sit once again, in a quiet household being the first one ton awaken from that losing battle with the dreaded Sandman last night. I'm up early watching Wedding Crashers on HBO and collecting my thoughts for the day.

Well yesterday was a less than stellar day for Sports Teams I cheer for. The Mountaineer Men's Basketball team dropped a game here at home to Iowa State 72-74 to drop their record to 14-2. The WVU Women's Basketball Team lost 62-66 to 5th Ranked Baylor. Long Time Pittsburgh Steelers Defensive Coordinator and member of the NFL Hall of Fame Dick LeBeau resigned from the Pittsburgh Steelers and intends to pursue coaching somewhere else, this was not a retirement. It was a less than stellar day for my favorite sports teams to say the least.

I did get a few videos posted to Youtube yesterday, all of the old VHS tapes have been converted, now it is just a matter of going through and editing the significant parts and publishing them for everyone. I have some older tapes as well that I already had converted years ago with my Brother in Law, maybe I can put some of those out. They were done years earlier and the tapes were not as diminished as they appear to be now.

Normal Sunday for us, grocery shopping this morning and one last load of laundry to do and we are pretty much done for the day. Michelle ended up going into work yesterday to get a lot of the payroll straightened out since there were so many rates of pay during this pay cycle for their corporation. I stayed home and stayed warm and didn't go anywhere. Sometimes we really do lead a pretty boring lifestyle..lol

Have a great day.
Posted by George Hall at 5:21 AM

Email ThisBlogThis!Share to TwitterShare to FacebookShare to Pinterest
Labels: Video