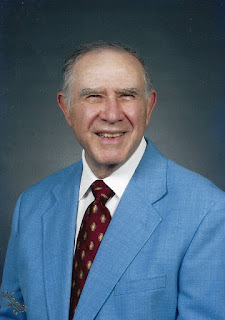 On August first, my old High School Wrestling Coach Robert "Big Wood" DeAntonis had reportedly passed away. His Funeral was last Wednesday and I briefly stopped in and paid my respects to my old mentor last Tuesday evening.

Coach DeAntonis was a big influence on my life, he taught me obviously how to grapple, as it was my first love in High School. I first went out for wrestling my Junior Year to prepare for my Senior year of playing football, but it turned out I spent my Senior Year of playing football preparing for my Senior Wrestling season. Coach DeAntonis, or Big Wood as referred to him since my team mate and his son Bobby was "Lil Wood".

I still saw him for years after graduation, I even went in to assist coach for a few times for the next couple of years as some of my old team mates were finishing up their careers. My career was over with, but I still had the desire to wrestle that he had instilled in me. The last time I saw him was at a WVU baseball game a few years ago, I had always asked about Bobby every time I saw him and this time he just smiled and pointed to his left and asked me if I knew who this young man was. It was Bobby home from his long Military career.

I had the honor of wrestling for this man. The man across the office from me at work also wrestled for Coach a decade earlier, so we were always talking about him, either wrestling stories or just in General. Coach is still in the national high school wrestling records as the coach of the Heavyweight with the fastest pin. An honor he still held up to his passing and it may live forever.

You are missed coach, you influenced me in a very positive way and I thank you for being my coach and my friend.

RIP Big Wood
Posted by George Hall at 3:00 AM