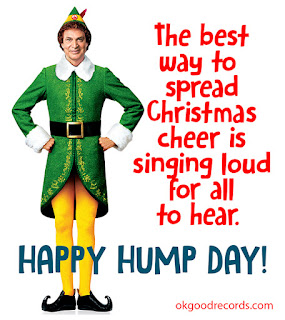 Two days down, a couple more ahead of us before another fun filled Holiday Weekend, now all we have to do is get up and over this dreadful noon time hump and it will be a downhill journey to that weekend.

There was a little bit of a Pre-Christmas Announcement earlier this week, WVMountainFest has announced a couple of the featured acts for this Summers event. Montgomery Gentry, or should I say Eddie Montgomery as Troy Gentry is now deceased, will play Thursday night. Saturday Night was the reason I bought my tickets, Alabama, the Country Music Band of the Century will be returning to Morgantown to play Saturday Night. Alabama has sold the WVU Coliseum out numerous times, but it has been a number of years since they have been in Morgantown. We used to be part of their regular tour stop for a number of years, I think I have seen them five times, might even be six.

As soon as the announcement came, I quickly jumped online and bought our tickets. I still listen to them a good bit to this day and I would say they are one of the top two or three played bands on my iPhone from my music. Jimmy Buffet and Boston are the other two followed by probably Queen or Led Zepplin and John Cougar.

I hope everyone is almost done with the headache known as Christmas shopping, I'm pretty sure that we are done for the year. Now comes the wrapping and the waiting on some of the things to arrive.

Have yourselves a great day today and let's get up and over that hump.