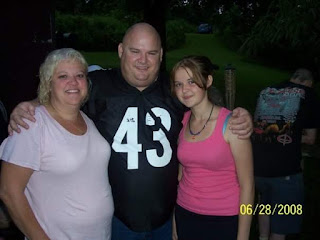 Once a week I like to take a little bit of time out, time to reflect on days gone by that I have captured in pictures. Little lost moments in time that we are allowed to relive once again because someone had a camera handy and captured the moment. I like to select one of those lost moments in time and write a little something about it, briefly reliving a time and maybe stirring a few memories of some of my readers of yesteryear. Sometimes these are really easy pictures to find, it just jumps out at you saying pick me pick me. Sometimes it seems like you have looked at all the pictures over and over and it's hard to make a decision. One thing that always stands true though is that I always enjoy myself looking through the pictures.

It is with great sadness that I have learned that this year will be the last Rosiak 4th of July Party. Pat is getting a little older and this year will be the final party. I have been going to these parties every year since 1998 or 1999 I do believe. I still have my super soaker that I took to my first one and fought the yearly water battle with.

I've met some great people through the years and have built a few very good friendships all as a result of this party. The highlight always seems to be the water battle that I have taken part in in every year but last year, which was the first one I did not participate in.

The picture above since this is a Photo Flashback is the first time I took my future wife and her daughter to the picnic. We had just been dating a few months and this was the first time Michelle got to meet Frank and Pat. Just one of many memories through the years.

Thank You Frank, Pat and Trish for allowing me and mine to be a part of you and yours. 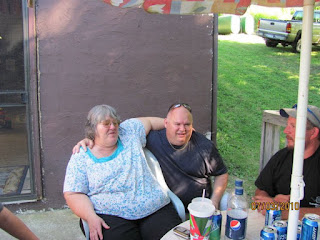 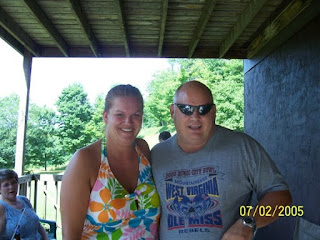