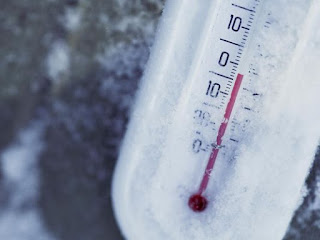 Here I sit in a quiet household rather than a hotel room half way across the country. I'm up early collecting my thoughts for the day and trying to stay warm on this frigid morning.

I did have a few adventures this past week, I found out Tuesday morning that one of my flights was delayed and I would have missed my connecting flights in Charlotte, so they re-routed me to Philadelphia and then to St. Louis. A bunch of co-workers chose to fly out of Clarksburg and were supposed to leave at the same time I did and arrived roughly about 8 hours after I did.

Didn't do too much in St. Louis, Michelle wasn't with me this year so I didn't venture out too far, didn't go to the arch and basically stayed at the hotel due to the sub zero temperatures we were dealing with all week.

I came home yesterday with few problems, although my flight from Philadelphia was delayed about a half an hour or so after we boarded. I arrived in Pittsburgh about half an hour after we were scheduled to arrive.

Now that my 2018 certification is over with, it's time to get out and start working. I'm going to be busy for the next few weeks and don't anticipate any time off until possibly the end of the month at the earliest. I have been asked to travel to Paw Paw to work that area again since I opened all the lines up last year there and have a pretty good relationship with the President of an area we have a lot of units.

It is very nice to be home, now my life just got busy though with a new quarter starting.
Posted by George Hall at 5:36 AM