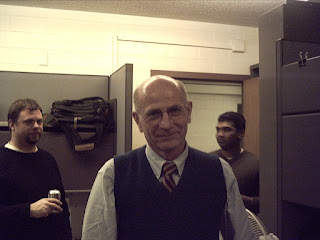 Once a week I go through all of my pictures that I have and try to find a picture to tell a little story about, this week's has a double purpose.

This weeks first picture is to a man who had a very positive influence on my life. I was was coming back from working on Mom's computer Tuesday Night and I got a few text messages from my mentor in ArcGIS JB Churchill. He asked me if I had heard about Dr Fletcher, the founder and the director of the WV Natural Resources Analysis Center where my career in GIS started and I gained such an advantage over any other undergrads in GIS at WVU. Dr Jerry Fletcher was NRAC, but I just found out while driving home that he had recently lost a battle with Cancer. I'm shocked to say the very least, Jerry took me in under his wing my last 4 years of College and even offered me an Assistantship (meaning they would have paid for my Masters Degree and gave me a salary as I completed it) once I graduated. He offered to support me in any program I chose to follow, even if it were one not in Natural Resources. Looking back I chose to go back into the work force, but maybe it was an option I should have chosen. He was a great man, a great friend and a man who has had a bigger impact on the lives of many West Virginian's more than they will ever know. Jerry will be missed. 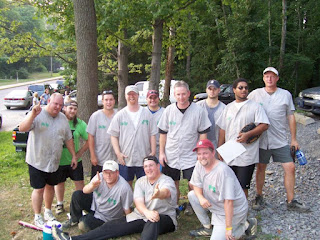 I also learned this week and what was originally intended to be my Photo Flashback for today that a former softball team mate and brother of a current softball team mate, Terry Bell also known as Professional Wrestler Ricky Villain had also passed away earlier this week. Terry is standing beside me in the green shirt  and his brother Paul is two down from him in this picture.