Oh Brother Where Art Thou 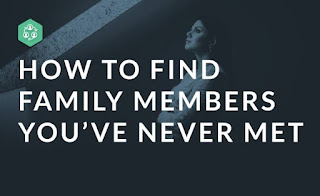 Short Background: When I was 16 (yes I am older than 21) years old and had just passed my drivers test, my dad dropped a bombshell on me. Thinking I was the oldest child, he admitted to me that I had a brother who was older than me.

Pan ahead about 10 years or so and he was going to some funeral that me and my siblings knew had some kind of a tie to that sibling. As we inquired he changed his story and tried to distract us as he did not want us to go looking for one reason or another. I respected his wishes and those wishes of my step mother for not really wanting to know anything about it or discouraging us to seek him out.

My Dad died in 1999, and Jean had passed away in 2014, clearing any obstacles or any misinformation that were in place for me to properly search. I never understood why that was until just a couple of days ago.

The Search Begins: Starting in February of 2015, my search had began after I had gathered the necessary information from my Mom as to the name of the woman who bore this child.

In March I had identified that person, wrote to her and got the more specific answers that I needed to continue on my journey. I had a birth date which would later be a big key in finding out the identity. They were very young kids at the time and really had not much say so as to what was going to happen, so the child against the Mother's wishes was placed up for adoption, creating a very huge obstacle both information wise and legally as it brought a whole new set of rules.

Submission of DNA: In August of 2016 I sent away for a DNA test sample and submitted it to Ancestry, hoping that they would do a similar action, but they had not and we were at a brick wall on both sides and did not know our next step. It was a long shot that hopefully that sibling was still alive and had also submitted a sample. There were no such results, the closest relative return I had was someone I know, my cousin Roberta.

The Revelation: On Sunday June 3, 2018 I logged into Ancestry and I sat there completely stunned. Seems that they had also submitted a DNA test in April of this year (takes 6-8 weeks to get the results) and his results were in, although at that time he had not logged in to see them.

It came across as 2,050 CentiMorgans which is in the range of "A grandparent, aunt, uncle and half sibling all would share the same amount (1,450-2,050) of centimorgans with you." and was shared across 59 DNA segments which is in the top of the range of (45-59) "Very High, about 99%" certainty all according to the Ancestry DNA section.

On June 3 I reached out to this person on Ancestry through the private messaging and provided my Facebook profile in hopes they would reach out to me. It was a broad response and not specific, and received no response.

In the mean time I started to search Social Media to see if I could find them. This is when the birth date came into play in my search. I searched his name and birth date and found my answer. This was my half brother.

On June 8th I still had not heard from him on Ancestry, so I wrote another message being much more specific, indicating exactly how we are biologically related.

On Sunday June 10th, around 6:00 in the evening, I had a Facebook friend request from him. We IM'd back and forth a few times, and at that (and this time) I am under the impression that he did not know that he was adopted. He stated he would like to speak to me in a few days and we set up a first phone call last night to answer some of his questions.

As I am writing this, this phone call has not taken place in real time yet so I am not going to comment on it obviously. I'm going to ask everyone involved in the search to just allow time for this all to develop. A 55 year old man just learned something about himself that he didn't know.

As of the time of this posting, the search is over and contact has been established.