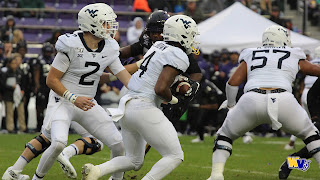 With all of the COVID-19 stuff going on over the past six months, we have seen a lot of cancellations. Basketball season was stopped last year and no NCAA Tournament. Baseball was halted as well as all professional sports.

Well the one sport that affects Morgantown the most is College Football. Some P-5 Conferences have postponed the fall season and will start after the first of the year, but WVU and the Big XII have decided to try to play despite our first two opponents not playing. Florida State and the ACC are playing an Conference only schedule and Maryland and the Big Ten are not playing this fall, opting to try to start the season in January.

Today is a different type of game day in Morgantown, there are no people walking around with their infamous "I Need Tickets" signs. There are no tailgaters lining up to get their spot in the blue lot and there will not be any tailgating anywhere on University property. There will not even be any fans in the stands other than the parents of players and spouses of the coaching staff. No band and I don't think there will be any cheerleaders on the field. It's going to be strange and eerie or should I say EERy.

There will be football played today, as Neal Brown leads the Mountaineers onto the field to take on Eastern Kentucky. The game is at noon and can be seen on Fox Sports 1 on your TV.

Sports have finally returned to Morgantown and Monongalia County. I plan on watching and observing if we have made any improvement since last season. There were a lot of concerns I had last year, let's see if Coach Brown and his staff have solved these issues.

Have a Great Day and Let's Go Mountaineers.
Posted by George Hall at 5:52 AM