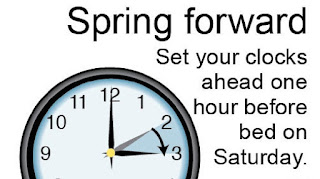 Here I sit in a quiet household, I'm up early adjusting to Daylight Savings time with a nice warm fire in the fireplace and watching boxing on HBO while I collect my thoughts for the day.

Well Josh is still here, he had his trip to Texas moved back to the end of the month, I guess they are not ready for their crew to be down there yet and have delayed them for a couple of weeks. He still has plenty of work up here, but I think he was a little excited about going down there and working a lot. It'll give him a chance to set back some money and maybe get a couple payments ahead on his new Jeep that he just bought.

I broke down yesterday and bought a new office chair at Sams Club. I had been using the cheap $20.00 chairs for years and it was just time for a new chair. We were looking for a new one for Chad a couple of weeks ago, so we had already done our research and nailed it down to a couple of them that I really liked. We went to Office Depot, but they were literally twice as expensive as Sam's on their furniture. This new one is very comfortable and one you could fall asleep in...lol

Brace and prepare yourselves as Winter Storm Stella is about to show up in this region this week. Make sure that you are stocked up on Toilet Paper, Eggs, Milk, Bread and Beer...lol

Have yourselves a great day and have fun adjusting to the time change.
Posted by George Hall at 3:39 AM